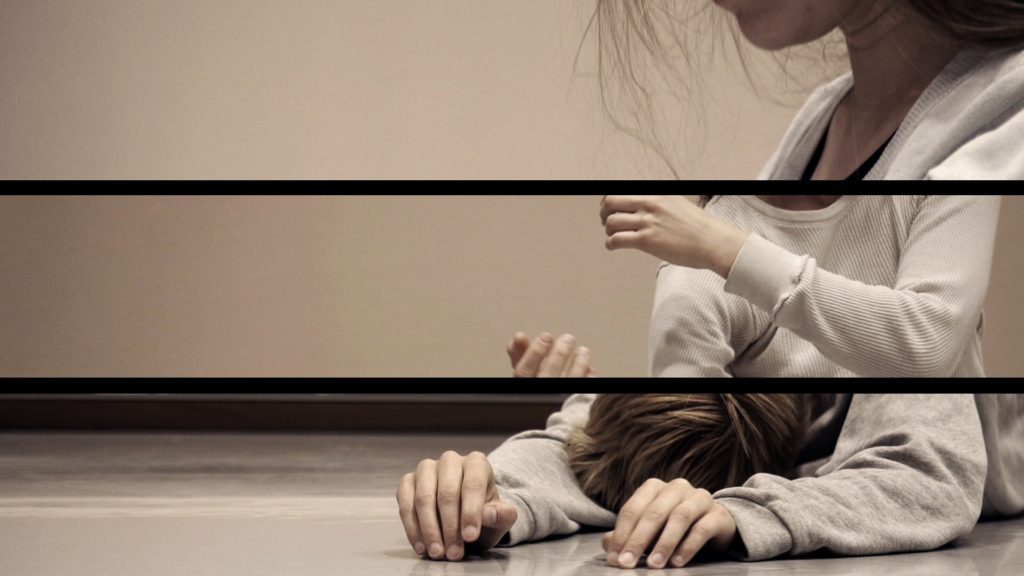 The dancers constantly shift their attention between sensations, perceptions, thoughts, memories and emotions, growing into on-going evolution of pulsations; the progression of tasks at times become overwhelming, unachievable. The bodies fail, and continue without settling. The movement that emerges seems to be charged and incomplete, tumultuous and yet meditative. The bodies appear as a composition of fragments, which seem to be put together at times randomly, at times logically, at times with gaps left to be filled.

Throughout the constant and disorienting motion, daily and familiar gestures emerge, meanings and relation appear, while the gaze of the performers seems to want to communicate with the viewers. These propositions, gaps, and incomplete meanings become suggestions on how to navigate through the space; the invitation is to re-read, re- interpret continuously the stage, the story, the dancers, as well as the own expectations.

The sound creates an ulterior sense of motion, which pushes and pulls the audience from and towards the bodies and the choreographic space. Frequencies and vibration change modulation throughout the performance, resulting in increased and decreased perceived intensity; the “spatial beats” facilitate the meeting between the body of the viewer and the one of the performer.

Entities aims to be an affective and haptic performance; it wants to sidestep dichotomies between subjects and objects, human and nonhuman, knowing and experiencing; it seeks to stimulate sensations, emotions, memories and physical responses 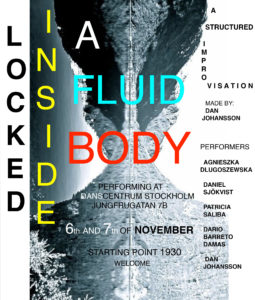 This performance has sprung out of an interest of physics and human-interaction. Our surroundings making us behave in clear or dysfunctional ways.

Forcefields hidden to our views and comprehension combines us in an intricate wive, pulling and pushing us in and out of different situations while we try to make sense, take control, make decisions, selecting information, letting go, wanting, ! wishing, trying to foresee.

We work to collaborate with these forces in an intricate way through senses. ! sometimes being locked into situations in unpredicted ways.

Other times we choose to lock down a specific situation ourselves inorder to ! spend time in it.

`Locked inside a fluid body`

works with with these thought through abstract movement.

Being a part of something bigger then one self, self in others and others in self.! Working with the thought that the five of us being one body.

My goal has been to create different kinds of bodies through movement limitations.! Bodies limited by tasking, creates different physical outcome of form, shape and ! function.

The piece is dependent of all these different bodies inorder to function as a whole.

I named our 6 bodies:

Dealing with these 6 bodies creates a 7th, the one body made of six bodies

Seeing the others dealing with there choices of a body either generates attraction or rejection which shapes the geographical landscape of the space, carving out the choreography.
Together we can also deal with one chosen body.

Ones self being intwined with others charges and changes the surroundings. What, where and how the performer is doing his or hers choices the center of attention is not a place in space , rather using center as something in constant change outside and inside yourselves.!All of us being one body.
That mutant one body as an asymmetric objekt unable to be still,
A body that is in a constant shifting-, changing- and calibrating state. Traveling in, through-,moving and bending.