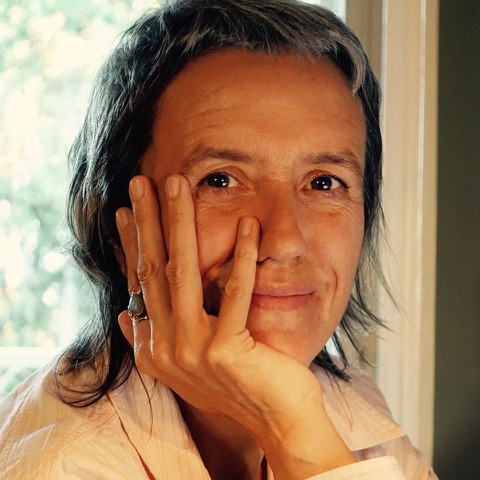 In 2017 I started a project called ‘Red Ladder Studio’ with an explicit intention to focus on this connection between dharma and art, and to bring the dharma into the art world.

Dharma means ‘truth teachings’. Usually dharma is the name given to the Buddha’s teachings, but he famously said that whatever teachings lead to freedom, those teachings are Dharma.

I’m thrilled to be asked to lead a pop-up urban dharma arts retreat for you all and that we have Moderna Museet as our venue. Over three afternoons we’ll explore some of the essential Buddhist teachings on the nature of mind.

In the realm of ‘time’ we find the doorway into clarity.

In the realm of ‘space’, a doorway into openness.

The realm of ‘sensitivity’ opens the doorway into ‘letting go’.

We’ll have our own dedicated meditation space, which will be quiet and private. But our retreat will also spill out into the museum where we’ll use the artworks in the permanent collection as springboards for reflection and meditation.

As a support to the practice there will be an online course with all the materials including audio meditations and reflections so that you can continue to explore the teachings after the retreat.

1987 – I first came across Buddhism and learnt to meditate. I then entered a process of training to become ordained into the Triratna Buddhist Order. Triratna is a western Buddhist tradition drawing on all the main schools of Buddhism.

1997 – I was ordained, aged 29, and given the Buddhist name Vajradarshini. I have been teaching meditation and Buddhism since then.

2001 – 2007 – Chairperson of Tiratanaloka Retreat Centre a place where women came on retreat to train for ordination.

2007 – 2013 – I moved to a remote part of Spain where I lived a fairly secluded life, off grid, and close to a retreat centre in the mountains. In this period, I travelled internationally to lead retreats.

2013 – I moved to Stockholm, and continued teaching.

2017 – Set up Red Ladder Studio a project with the aim of bringing together dharma and art.