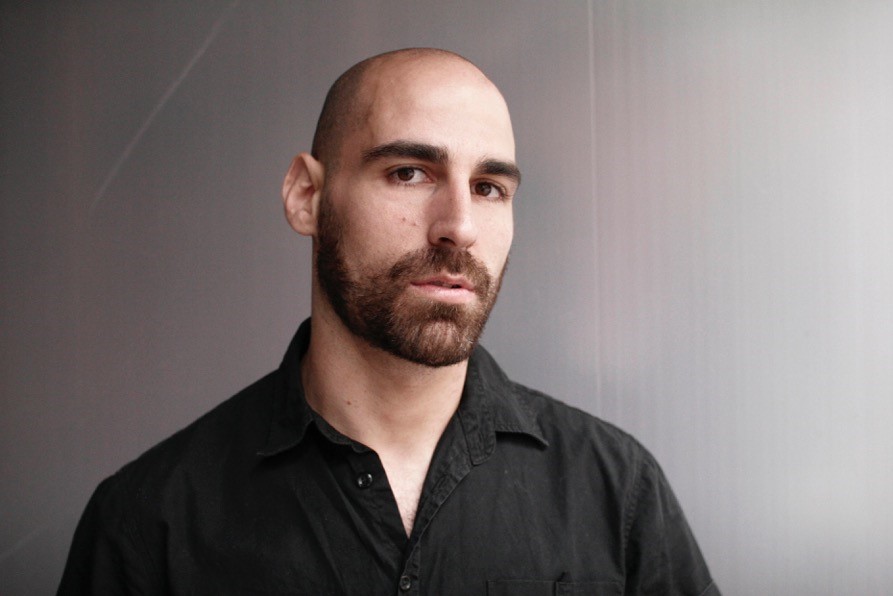 The Breathing Bodies Movement method explore our somatic structure and its harmonic-disharmony relation to our breathing system and our mental-physical creative zone.

BBM focus on somatic areas which we attend to often ignore and asks to bring them alive.The workshop focus on how do we use the air that we are breathing into our body? How can we improve, change the way we use the breath? How can we reach new creative spaces in the body? A simple jet complex question.

The method aimed to research for harmonized coordination between the body and the emotional system of dancers, actors and performers.BBM leads the body and the mind to search for(a honest) connection between the three elements:nervous system, breathing respiratory system and mind. As more as we reach the hidden spaces in the body that are not „breathing“ the more life we breathe into them, bring them alive, define our personal inner energy, inner rhythm, get rid of bad physical habits and redefine, refresh the identity of our living body.

With original exersises, de Volff’s method stimulating freedom and honesty in the bodies of the individual. It reaches new creative areas, new energy end demands to neglect self judgement. While this method was designed to find greater range within a physical practice, through the participants exploration of this technique other byproducts may appear, whether that be social, or (positive) psychological effects.

Nir de volff has been invited to prestige dance center around the world. De Volff’s style offers new dimension for movements, new exploration of the body „as we know it“. The method, the search for a total freedom of the muscles, leads participants to a new physical sensational and expand their borders. It alouds creativity to be daily explored in the studio with the notion of leaving behind limitations.The method fits all kind of people, body-type and age.

Nir de Volff was born and raised in Israel, there he study dance at Bat Dor academy in Tel Aviv and started his first steps into the local professional companies. In Tel Aviv he was guest for Pina Bausch’s Viktor at the Israeli opera house. In 2000 he moved to Amsterdam and started to create his own work at DWA center. In 2004 he moved to Berlin and created his first piece for Sophiensaele Tanztage festival. In summer 2007 he grounded his company TOTAL BRUTAL. Since then, the company has been working at Dock11 theater as a base, touring worldwide and creating international projects in metropolitan cities.

In 2013 expand the productions to Sophiensaele. On September 2014 Total Brutal premiere at Schaubühne am Lehniner Platz on a collaboration project with the theater director Falk Richter which became part of the repertoire. Nir de Volff collaborate as well with artist such as the group She She Pop at HAU Berlin, Katarina Niminnen at Volksbühne Berlin. De Volff create international cultural exchange projects mixing social-political subjects with entertainment values. In the past few years he developed a movement method called USE-ABUSE which he teach worldwide in important dance and art centers.

TOTAL BRUTAL work with wide range of professional performers and with different theater range from small to national. The work has been seen in theaters such as Oper Frankfurt, Grand Theatre Groningen, Rotterdamse Schouwburg, ZIL Culture Centre Moscow, SESC Pinheiros (São Paulo), Esplanade Theatre(Singapur), Bangkok National Center for Dramatic Art, Stadttheater St. Pölten (Österreich), Warehouse 2 ( Jaffa Port), Tel Aviv, Ponec Theatre (Prag), Teatro Alle Tese (Venedig), Old Court Building (Macao), Amphithéâtre de Gesù (Montréal), among others cities in Germany and around the world. In 2015-16 the work can be seen as well at Maxim GORKI theater in Berlin in the frame of Nurkan Erpulat play. In 2016 come the second collaboration with Falk Richter „ in the frame of Wiener Festwochen festival . In November 2016 de Volff create for the first time a solo „Love & Loneliness in the 21. century“ in wich he perform himself. In August 2017 a unique work with three Syrian dancers (refugees) „Come as you are # 2017“ presented in Berlin which has huge success. In January 2019, The premiere of „I AM EUROPE“ took place at Theater national du Strasbourg, a work with theater director Falk Richter. In Summer 2019 de Volff created „ The Epilogue“ a multicultural project in Macau, China. In the end of 2019 de Volff create choreography at Germany’s prestige Thalia theater in Hamburg, for the house director Antú Romero Nuno. De Volff’s latest choreography took place on February 2020 at Naves Matadero theater in Madrid.