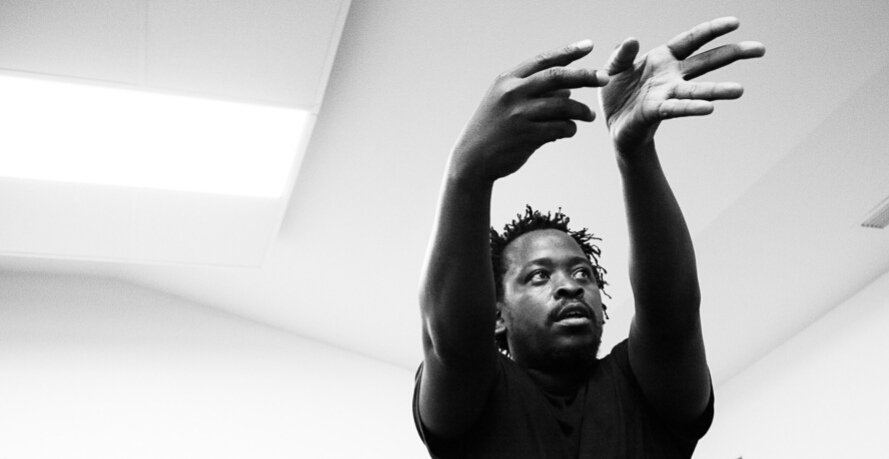 Horacio proposes a highly physical work that demands attention, interest and intensity rather than a certain technique level, challenging the potentiality of each dancer to push the limits of body imagination and expression further.

A workshop in collaboration with Dansalliansen, Danscentrum Stockholm and Manegen.

The inflexibility of the established paralyzes the movement, dims the ingenuity, casts a shadow over surprise. But life force makes us adaptable, it gives us the opportunity to transform space and to translate energy into matter, matter into its own evolution. The outline of the spontaneous is blurred to disappear, the margins of the predictable are softened and we know the interrogation point that questions the automatic response. The body allows us to transcend.

The workshop evolves with what the group offers, as the ability to create and compose physically need training and attention as well as technique or style. Through the group process the participants learn from each other through acceptance and transformation, collaboration and observation of their own dance and of the whole group.

Horacio Macuacua, dancer and choreographer is the artistic director of the dance company which bears his name. He develops projects that aim to go beyond established forms. Flexibility of mind and availability to catch the moment translate movement instantly into compositions that are complex and elaborated, displaying depth and playfulness, darkness and light. Each composition is a journey to reinvent and transform within the parameters of meaning. He has carried out his projects: COMUM, Canais, Orobroy, Stop! (1st Prize and Puma Creative Prize at Danse l’Afrique Danse Festival 2010), Smile If You Can!, Fighting room, Convoy, Paradise is not in the sky! and Theka. Horacio has collaborated with choreographers Cristina Moura, Thomas Hauert, George Khumalo, Wim Vandekeybus/Última Vez and David Zambrano, considering him his maestro and mentor. As a teacher he has given classes and workshops in France, Germany, Spain, Belgium, Holland, Cyprus, USA, South Korea, Brazil, South Africa and Mozambique.