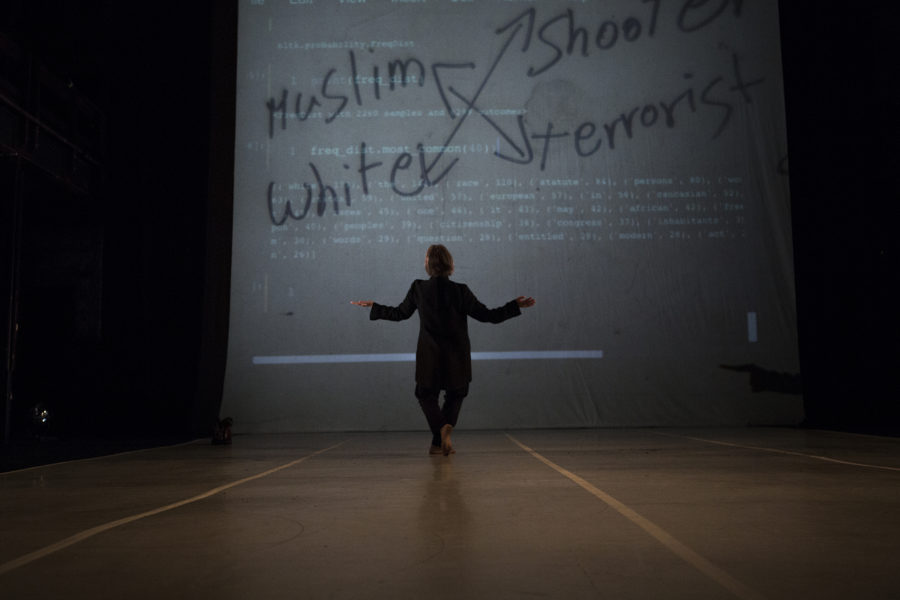 My Wild Flag presenterar ”To Catch A Terrorist”

My Wild Flag is an international dance and choreography festival in Stockholm between 7:th – 10:th of September 2018.

“To Catch A Terrorist” is a work that looks at the disciplining of bodies, the formation of borders,
and the instrumentalization of fear. Based on court transcripts documenting early Arab and
Muslim naturalization cases, this production stages these documents for the first time, in
juxtaposition to newly collected interviews with Arab and Muslim citizens attempting to cross
borders, collapsing the historical distance between the past and today. While the impact of
violence maybe viscerally visible when we address crises of war, it is in the quotidian micro-
aggressions and daily violations of the humanness of a subject that we are reminded of
institutionalized violence; a violence that is selective in its scope of enactment. The production
looks at how the “performance” of law creates categories of being, tiers of citizenship, and
classes of humanity, and how empirical modes of propagating knowledge could feed into
political practices of body control. Through dark humor, data analysis, and inquiries that range
from interviews with travelers at borders to traces of exorcist rituals set to deconstructed
classical Arabic music, ”To Catch A Terrorist”; investigates vision planes and visibility in relation to the emergence of non-Western subjects in public discourse.

Originally commissioned for La Mama Moves Festival (NYC), To Catch A Terrorist is a production
of Adham Hafez Company, in partnership with La Mama ETC (NY), HaRaKa Platform (Cairo), and with the support of Kuchar&Co (EG/ US)

Adham Hafez Company / HaRaKa Platform is a transient structure of artists, activists, and
scholars based in Cairo, Berlin, and New York. Since its establishment in 2003, it received the
Haputstadtkulturfonds Award, Arab Arts and Culture Award, Austria’s Federal Ministry of
Education and Arts support (BMUKK- Vienna), and was invited to present its work at Damascus
Opera House (Syria), Hebbel Am Ufer (Germany), ImpulsTanz (Austria), The Silahtaraga (Turkey), MoMA PS1 (USA) among other venues. The company’s first production High Voltage was awarded First Prize for Choreography, leading the company to premiere yearly its work at Cairo Opera House between 2004-2010. Lately, the company’s production 2065BC was commissioned by Hebbel Am Ufer Theater and To Catch A Terrorist premiered at the Tony award winning La Mama Theater earlier this year in New York City.

Kuchar&Co is a hybrid platform that mobilizes collaboration with artists, scholars, and urbanists
to inform and advise social policy. Created by artist and civic policy innovator Adam Kucharski,
Kuchar&Co is a leading voice for the role of strong civic institutions and has advised cities like
Cairo, Jerusalem, New York, and Napoli, as well as arts institutions like La MaMa and the Wexner Center on the creation of inclusive and resilient communities.